TSA has joined forces with international property giant, Growthpoint Properties, to give grassroots tennis in the country a welcome boost with the launch of an innovative new national club event “Growthpoint Top Guns”. The new national club event for men and women will be played in the 14 tennis regions of South Africa, with each region hosting a local event between September and November 2017. The winning club team from each of these local events  will then qualify for the national final, to be played at a central venue, in February 2018. Some more information about the tournament: The tournament will be a doubles team format with 2 men and 2 women making up a team. Each team will play men’s doubles, women’s doubles and mixed doubles. Over R200 000 in prize money will be up for grabs. Entry will be free for registered clubs who are in good standing with their respective provinces, as well as TSA. In a boost for transformation, 2 clubs from under-served communities will be given wild-cards into the national final.

For more information see the attached poster and visit www.tennissa.co.za 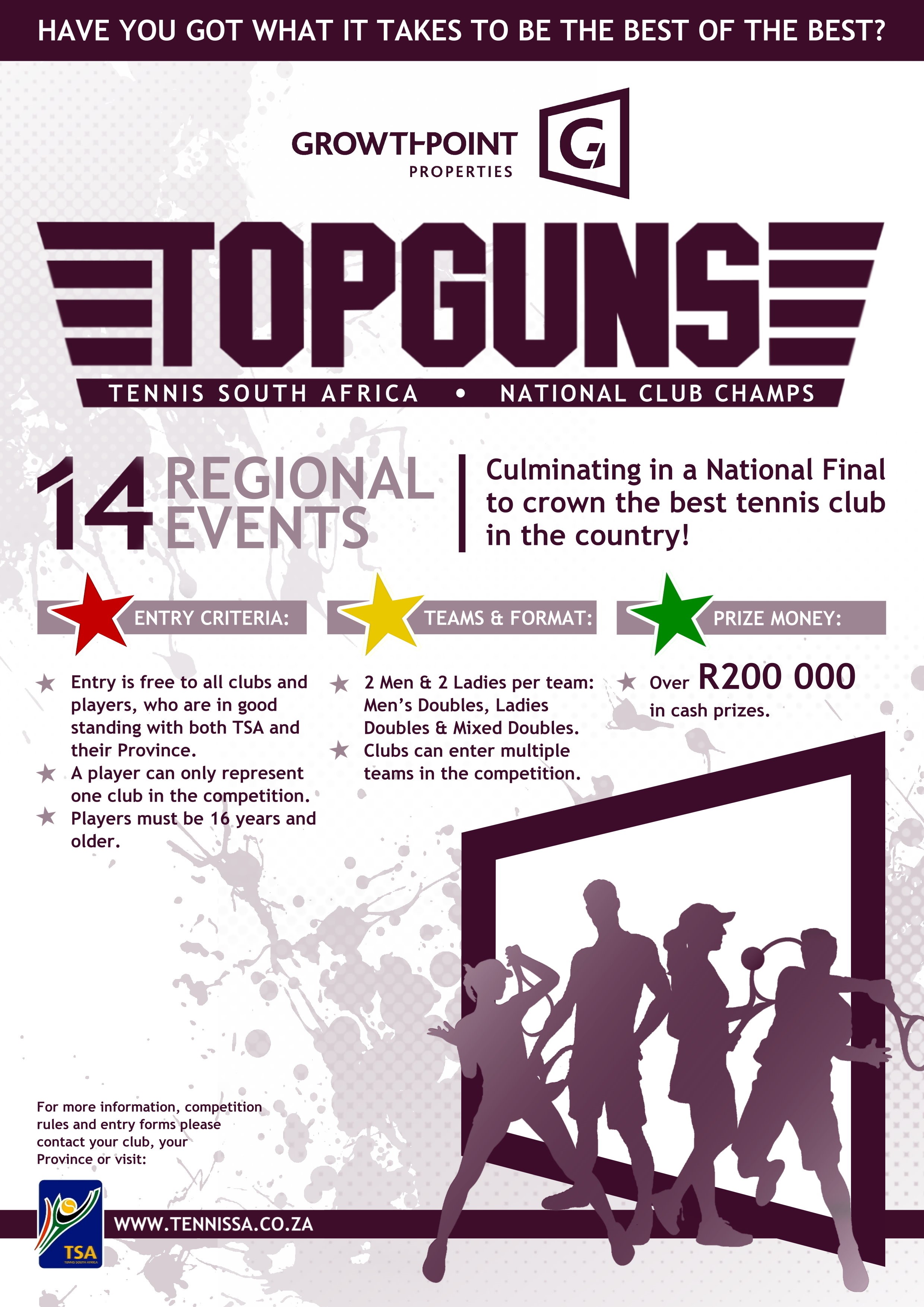